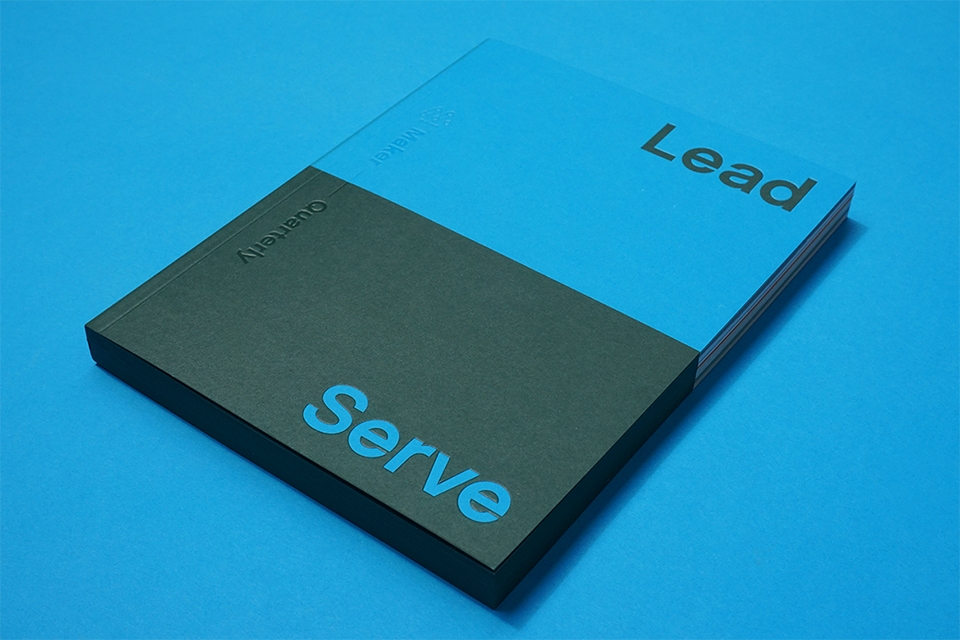 Mohawk recently released its newest issue to the Maker Quarterly campaign, and it’s dedicated to those creatives who’ve chosen to step into service first and through that journey stepped into the role of leader. Issue No. 14 of the Mohawk Maker Quarterly is titled Lead & Serve and celebrates those who pave the way by helping others find their paths.

Consistent with the ongoing strategy behind the publication, this issue seeks to provide thought-provoking inspiration for graphic designers around the world through engaging content and carefully-considered design on paper.

Issue No. 14 is the largest body of content to date, with 224 pages of words and images presented in book format. The 6.5” x 8.5” piece is organized in four chapters, including Mohawk’s regular feature, The Movement; highlighting makers and their projects from around the world.

The team at Hybrid Design struck a balance between visual and word essays, all carefully curated to support this issue’s theme, Lead & Serve. “There’s a sort of harmonic tension in the marriage of service and leadership. To lead is to step into the unknown, wield power and savor the rewards. To serve is to put others’ needs before your own. To do both strikes a delicate balance,” says Dora Drimalas, Principal of Hybrid Design.

With 224 pages to experiment with, Hybrid Design incorporated eight different shades of Mohawk paper paired with basic printing techniques, along with an eye-popping demonstration of edge painting that sets this issue apart from all the others.

Chapter One: Into the Void- This chapter follows the life of American artist Donald Judd and his path to pioneering a new form of art, as well as a new place: Marfa, Texas. It is equal parts visual and text essay, providing an introduction to Judd’s work and his influence on generations of artists, architects and designers.

Chapter Two: Questions- The Questions chapter is made up of four articles which position questioning as the root of all learning and an irrefutable characteristic of true leaders.

Chapter Three: The Assist- This chapter is broken into four articles that views the idea of supportive leadership, a type of leadership that helps others succeed as one that doesn’t dictate what is right for others, but instead helps others achieve success as they have defined it.

Chapter Four: The Movement- Within this issue we feature seven companies whose creative energy has been channeled to making environments, products and architecture that embody leadership balanced with a view to serving the needs of others.

To request a copy of the Maker Quarterly, Issue No. 14, just ask your local Millcraft rep.