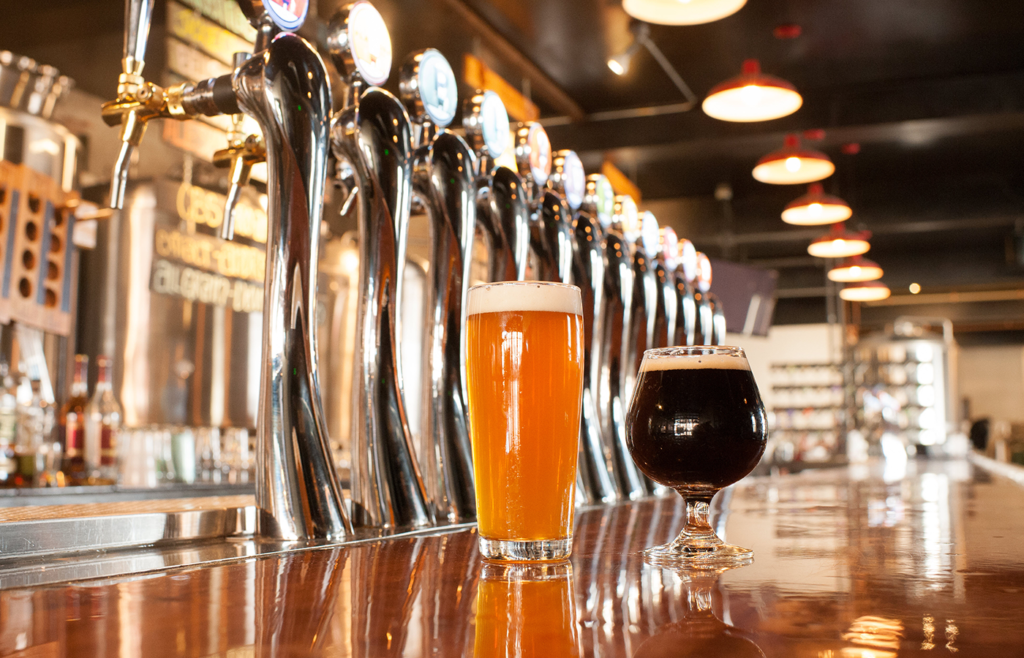 A craft brewery finds a packaging partner it can raise a glass to.

Craft beer is a booming industry these days, with new breweries popping up all over the hippest landscapes. But jumping on a trend while it’s hot only goes so far. To create a sustainable business that keeps customers coming back year after year, brewmasters must pair their exceptional products with marketing, distribution, and packaging prowess. They must stand out in a crowded market and keep costs down, without sacrificing quality.

That’s why having the right production partners on board is essential.

With extensive experience working with breweries of all sizes, Millcraft, a 97-year-old independent distributor of paper and packaging, was the perfect choice to help an Ohio-based craft brewery meet its packaging objectives—and to help the business grow.

The brewery mixed up its first batch of beer in June 2013. The company, headquartered in a historic bottling plant dating back to the late 1800s, aims to build a community where its members value craft beer and one another. And while the company aims to produce high-caliber brews, stakeholders knew that there was another side to the business—namely, making the nuts-and-bolts of the operation look effortless so the company could focus on one of its organizational missions: developing a community.

Though the brewery’s founders had varied experience in the beverage industry, they had not previously built a brewery from the ground up. There was packaging to consider. Distribution laws. Labeling. Environmental responsibility. And because the company self-distributes—meaning that each beer a customer drinks has been delivered straight from the brewery’s own refrigerated trucks—warehousing was a factor. How was the company going to keep its bottles, growlers, and packaging at-the-ready, and how was it going to dispose of the recyclables?

Yes, the company’s forward-thinking vision had gotten the founders far, but they needed the right partners in place to make their dream business run smoothly and efficiently.

After an exploratory meeting, it was clear that Millcraft could function as a single source packager for craft brewers.

“As we like to say, we can do everything but the beer,” says Chris Bregger, craft brew and digital specialist for Millcraft.

With Bregger leading the charge, Millcraft was brought on initially to provide the craft brewery with the beer bottles it would need to package and transport the specialty brews. Over time, conversations led to distribution, and Bregger was able to use Millcraft’s extensive network of equipment suppliers to secure a stretch-wrapping machine and a baler that will allow the company to sell its recyclable trash to a local business—a strategic income source that will essentially offset the price of the machine.

And that’s just the beginning. Bregger continues to consult with the craft brewery to provide new packaging solutions that support the company’s steady growth.

While still a mere infant in the business world, the company has already made a tremendous impact in the regional craft beer market. And Millcraft has been happy to be part of the journey.

“Our goal is to continue to service them well and continue to grow with them,” says Bregger. “It’s about offering great customer service—making their jobs as easy as possible—and maintaining that relationship.”

Indeed, great success is often the byproduct of great relationships: between customers and business owners and business owners and suppliers—and everyone who plays a role in the product lifecycle. Bringing together a team whose members look out for one another’s best interests and have an equal growth mindset, well that sounds a lot like the “community” the craft brewery has aimed to build.

In this case study, the customer’s name has been removed due to the competitive nature of their business.