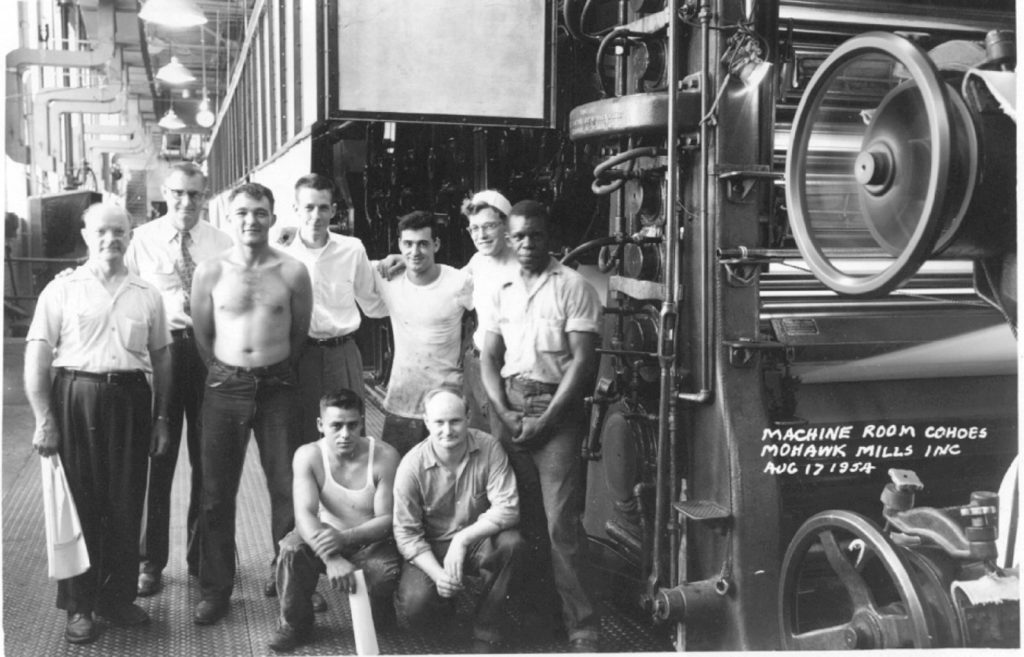 This year, Mohawk Fine Papers celebrates an amazing milestone with the 70th anniversary of Mohawk Superfine. Synonymous with quality and with a legacy that reaches icon status, Superfine is the one product most associated with Mohawk.

It’s one of the best expressions of Mohawk’s unchanging ethos since the company was founded in 1931: to be singularly customer focused with a relentless appetite for innovation, marrying tradition and technology to produce high quality.

The Superfine legacy began with a trial run of paper for a Boston-based customer in the 1940s, whose reaction to the new product was: “This is a super-fine sheet of paper.” Mohawk took this innovation for a single customer and expanded it to broader markets, refining it along the way. In the 1960s, Yale University wanted to print Benjamin Franklin’s papers on high-quality archival paper stock. Mohawk took up the challenge and refined the chemistry of Superfine paper to make it last for generations. Since then, the paper has become a staple for graphic designers and printers throughout the world.

“Superfine was developed to meet one specific customer’s need 70 years ago, but it was so beautiful it took with everybody,” says Chris Harrold, Mohawk’s vice president of business development and creative director. “It’s become the one product, whether you’re in Toledo or Tokyo, that people look to as the benchmark for uncoated printing papers.” The company’s dedication to innovation and technological refinement means that even throughout seismic changes in the printing industry—from letterpress to offset lithography to digital printing—Superfine has remained the industry’s paper of choice.

And Superfine is just one of Mohawk’s many technological innovations. The company has committed itself to staying on the cutting edge of paper manufacturing, changing proactively to meet the world’s needs before they emerge.

As early as the 1980s, Mohawk was already looking ahead to digital printing and how it would change the face of the industry. By the late 1990s, digital product development was in full swing. “We dug in and invested time and resources to understand how technology was changing the face of printing,” Harrold says. “Digital printing, using laser technology, toner, and inkjet, would in those days have been thought of as copy machines. Today, they’re the bedrock technology for new printing innovations. Mohawk really led the market in terms of getting paper for digital printing on the shelves.”

In the early 2000s, Mohawk underwent a very different kind of innovation involving the entire company—and the world around it. The company worked diligently to minimize its impact on the primary resources of papermaking: pulp, water, and energy. “We were one of the early users of post-consumer fiber and FSC [Forest Stewardship Council] fiber,” Harrold says. “We also did very bold things in terms of using Renewable Energy Credits to buy wind power to offset the energy used in paper manufacturing. People know us as being out there on the vanguard of responsible paper manufacturing.”

Today, Mohawk continues its efforts in the digital-printing realm, driving to be an essential supplier of both paper and non-paper substrates. But the company still manufactures its premium papers in upstate New York, and even the tenets of the digital expansion can be traced back to its flagship product. The phrase commonly used at Mohawk’s paper mills, “Treat it like Superfine,” signifies the company’s dedication to maintaining high quality and high utility with all its products.